Home of Compassion resident John has been celebrating his 100th birthday surrounded by his loved ones.

John Edward Roberts has been a resident at Home of Compassion Care Home since 2019.

Born on 26th December 1922 in Sheffield, John grew up in a large close-knit family. John was an extremely bright young man and his ambition was to go to university. However, needs must, he had to leave school aged 14 and find work.

His first job was as an Office Boy at Brown Baileys, a steel manufacturer in Sheffield.

John would cycle to and from work up and down a very large hill. He also cycled for pleasure, thinking nothing of cycling 120 miles in a day. He was once caught speeding on a bike and was fined. His dad was not best pleased!

Although he left school, John didn’t stop studying and took night classes in shorthand and typing. He also took dancing lessons, enjoying Saturday nights at the local dance hall, Cutlers Hall. This is where he met his future wife, Irene.

Whilst courting Irene, John was conscripted into the army. He spent the war years part of the Physical Training Corp, rising to the rank of Staff Sergeant Major. He spent time in the Middle East, Far East, Afghanistan and Kurdistan but his favourite place of all was Damascus and always hoped to return one day with Irene.

On his return from the war, he returned to Brown Baileys. He bought a house and settled into work, married life and raising their two children, Stephen and Anne.

He was soon promoted to the Foreman of the steel mill - no mean feat for such a young man. However, he soon realised that to make a better life for his family he would need to seek employment elsewhere. John took a job with Imperial Metal Industries in Waunarlwydd, Swansea, working in a titanium factory the rest of his career, as a manager in charge of the one of the mills.

John has always been very active, enjoying long walks at the weekends along the coast, mainly with his son, Stephen, often ending up in a pub. His main pleasure though was dancing. He and Irene danced for most of their 72 years of happily married life, their best dance being the Slow Foxtrot.

John also enjoys playing the piano. His daughter Anne described his talents, as Morecambe and Wise might have said: "All the right notes but not necessarily in the right order.”

Every year John celebrates his birthday surrounded by his family which now includes his eight grandchildren and nine great grandchildren. His birthday cake has always been a fruit cake with silver balls spelling out ‘JOHN’. His daughter Anne made the same cake for John his 100th birthday.

When Anne was asked what she thought was her father’s secret to a long life, “I would say that dad has lived this long because of his extreme fitness as a young man. Even in his seventies he could walk around the house on his hands. Also, he has a very positive disposition, saying only recently that he wished he could live his life all over again as he’d loved it all!”

When John was asked the secret of a long life, he said it was down to the women in his life: his mother, his wife and daughter.

Home of Compassion Care Home provides residential, nursing and dementia care on a permanent or short stay basis. For more information or to arrange a tour of the home, search for ‘Home of Compassion’, or call the friendly team on 0808 223 5406. 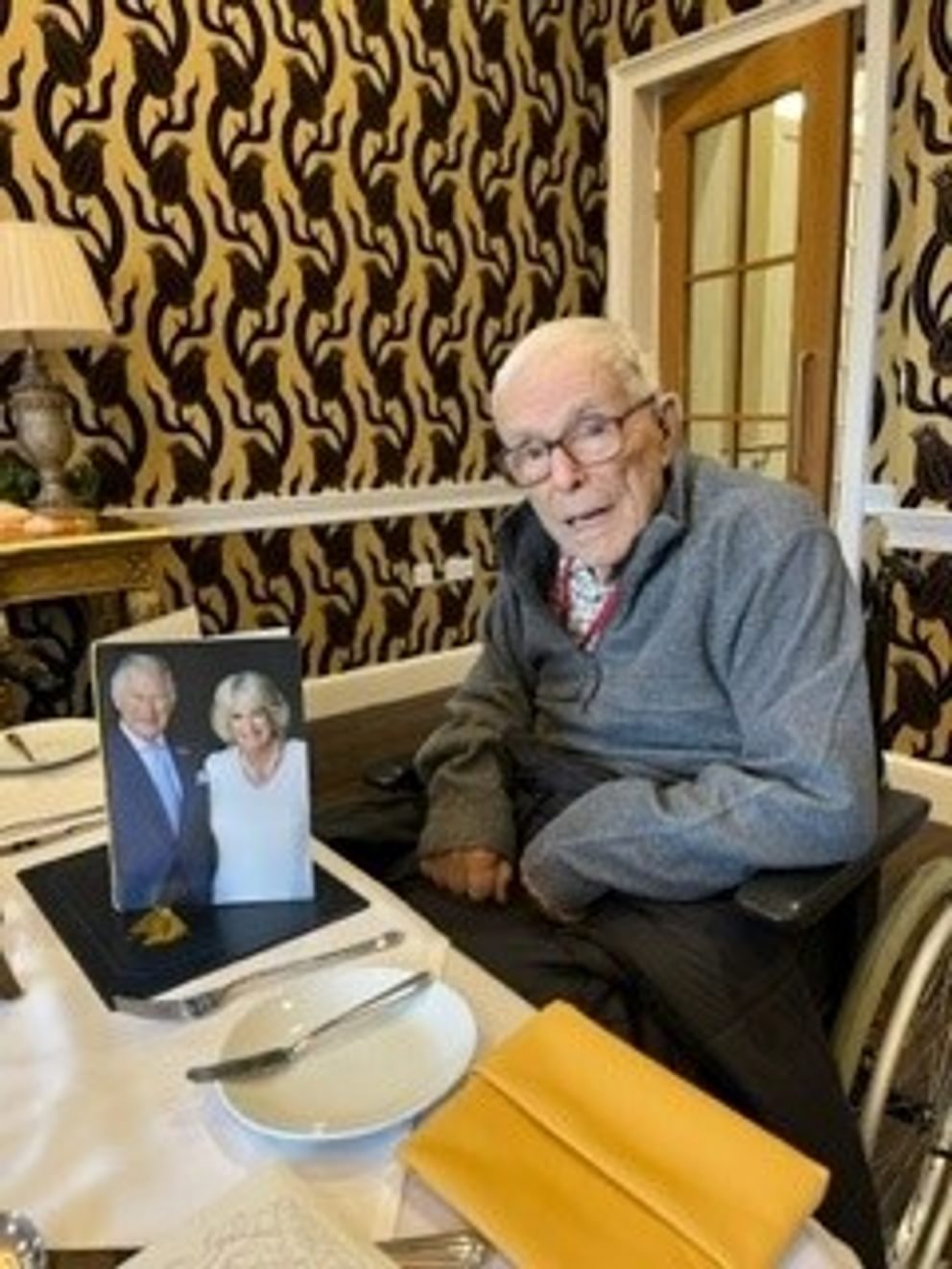 Last year we helped over 5,000 families find the right care with free advice on anything from funding care to finding the right home and moving in.

We can help with advice on paying for care and how funding works. We can check availability in all of our homes and send you the latest brochure. If you'd like to meet our Home Manager, we'll book an appointment at a time to suit you.

You may need to allow permission in your browser.

We found you in this area:


Homes will be given within an approximate 10 mile radius of this location.
Or

Find care homes near you

Please enter a postcode below.

Sorry, we couldn't match a location.

Our care team are here to help you